How to easily improve an IgniteRaleigh talk 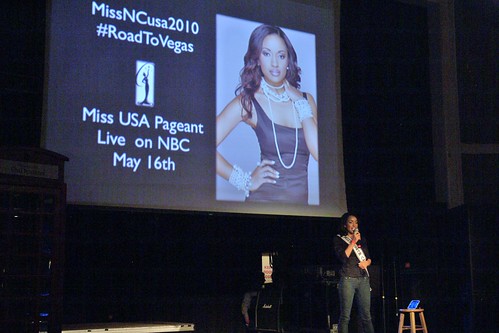 I spent a few hours last night in a most peculiar haunt (for me) — downtown Raleigh at a jam-packed nightclub.  The event was IgniteRaleigh.  19 speakers — 15 of them elected by Internet vote — had (exactly) five minutes and 20 PowerPoint slides (automatically moving forward every 15 seconds) to get some message across.  While I left at intermission in an attempt to tuck the kids in bed, I did get to see 12 speakers.  Some were good.  Some were not as good.  Kudos to all for standing in front of 700 strangers and giving it a whirl — they’re well on their way to success just for doing that.But if the measure of success is completion — with no standards — then we miss a great opportunity to improve, educate ourselves, and really have a platform to influence people.  Here are some easy things I noticed that most of the presenters could do to improve their talks.

So many of the speakers stood with a slant, a wobble, or a lean. The interpretations of such posture is as varied as audience members (700+!), but typically a neutral posture gives you the best chance of being seen as confident, in control, and that you want to be there.

This is easily done, but apparently no one really has learned how to do that. I watched 87 “ums” and 135 other non-words slip out in these five-minute, highly-scripted speeches. One person (who should know better) had fifty (50!) in 600 seconds. That’s a bit excessive, and it really detracts from a clear message.

Most of the speakers were quite entertaining. Most had pretty creative graphics/slides. None seemed lost and surprised by the spotlight.  And most really didn’t have anything to say. Make the audience walk away with a key point (or points) and a clear motivation to DO SOMETHING. A positive example was Miss North Carolina’s speech, whose title was “Live Life Like Jerry Maguire”. Great imagery, clear point, and now I can listen for HOW do I do that in her five minutes of fame (well, in her case, she’ll have quite a bit more than five minutes of fame).

About half the speakers walked over to the left side of the stage and stood in the shadows. I presume this is because it was easier on the eyes (of the speaker). But when the audience cannot see you, we miss your expressions, your energy, and draw some negative conclusions about your confidence.

None of these is earth-shattering stuff.  But they were so consistently NOT done that it seems worth reminding ourselves that improving any message really isn’t about the hard things, but doing the simple things well.Follow the Twitter stream of audience comments (including mine) at #igniteraleigh.

Don’t get up in front of an audience without the skills to reach them.