What I learned from speaking through an interpreter 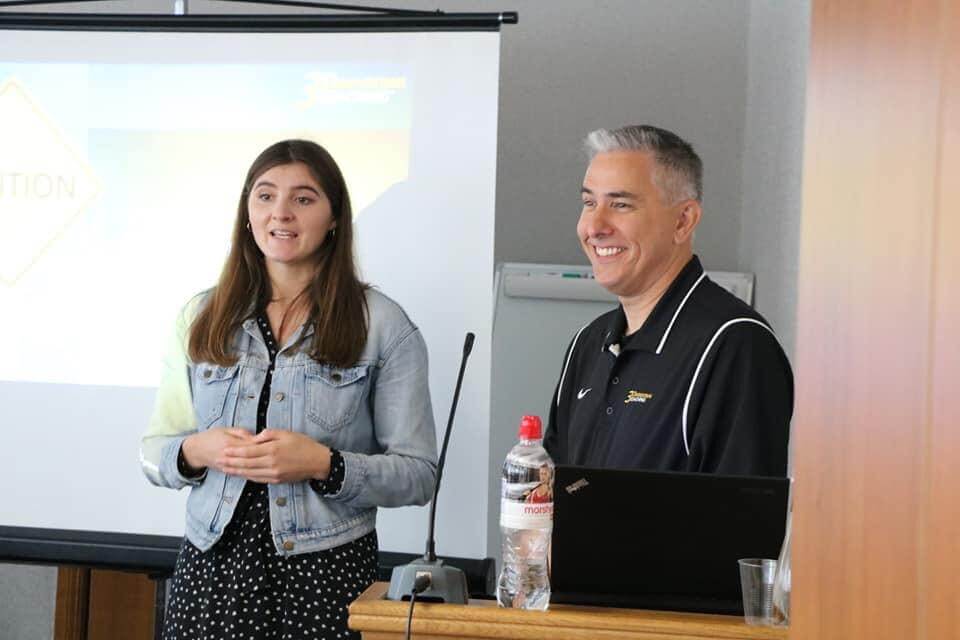 What I learned from speaking through an interpreter. Last month I had the privilege to travel to Eastern Europe – Kiev, Ukraine to be exact (and no, I was not on government business and no one there seemed to care about the US political brouhaha).  I spoke ten times in seven days.  It was… an amazing trip.  As I learned last year in my first foray into cross-cultural travel, people are people.  There is more that we have in common than separates us.  However, language and culture are huge barriers that must be overcome.  I was speaking to an audience with many who did not speak English (we discovered at least 11 languages in the audience) or at least not well enough to understand my style, rate, idioms, and vocabulary.  I was provided a translator for all of the events.  It was the first time I’d done anything other than a short welcome message with the audience receiving the content in another language.  These were hour keynotes (with a half-hour of content due to the translation!).  I was blessed to have a translator whose skill was beyond adequate.  She translated not only my words, but my context, my idiom references, my tone and pace of voice, and even my gestures!  All from a 24-year old who taught herself English by watching television shows.  Shout out to Lyuda – you made me look better than I was!

There was a lot for me to learn from speaking through an interpreter. First, just in casual conversation, I learned that my use of idioms has become ingrained in my speech.  And they don’t always translate.  I had to work hard to try to speak in just nouns and verbs and simple phrases.  Simple speech is better speech.  Oh wait, I supposedly already learned that – that’s point #1 in my Winning Communication keynote!  It’s HARD to be simple.

There were uncommon words.  I don’t recall how it came up, but in a side conversation, we discovered the word hearse (the car that takes the casket to a funeral).  Lyuda had never heard the word.  She practiced it multiple times, spelled it, and used it in a sentence (her desire to learn was incredible – she said she liked translating for me because I really made her work – I’ll bet!)  It really served to remind me of the difference between knowing some language and being fluent.  Side note: I asked my 17-year-old (very smart) daughter if she knew what a hearse was when I got back.  She did not.  It’s not a word that we use often.

There was the humorous.  I found out quickly who in my audience knew English.  They would laugh at my stories before Lyuda ever got the Russian conveyed.  And when she laughed before she was able to get the Russian out, it gave the audience a taste of humor that is even better than the delivery from the speaker.  Humor does translate and is appreciated by audiences, but there has to be special care given to the delivery and context (again, a huge Thank You! to Lyuda).

I found out there were a lot of people that knew English better than they let on.  My Russian did not progress equally — I left after a week knowing only a few phrases.  It’s a humbling reminder to an English-only speaker that the international world works a lot harder at communication than we do.

Perhaps the funniest moment from speaking through an interpreter came when I was working with an audience volunteer on his stand-up skills.  I was instructing him through translation and he was responding the same way.  When we finally got him ready to tell his story to the crowd, he started to speak and said (I got this through translation), “I was going to tell the story in English.  But then I remembered that I don’t know English!”  The biggest laugh of the week came from someone who confessed he did not like speaking in public.

By far the greatest lesson I learned from speaking through an interpreter was a reinforcement of what we teach in our skills workshops.  There is probably no skill that makes you easier to understand than … the pause.  Speaking with a translator is a special gift because it lets me think for a whole sentence before I have to say the next sentence.  And I needed it.  I had to vet my words, the context, and sync my slides (I had an English version displayed only to me since I couldn’t read my own slides, translated into Russian).  It was a lot to keep track of.  But it was a stark reminder that a listener needs to process what was said.  Run-on sentences and continuous thought means that your audience WILL have to tune out at some point and reconnect.

This pause is the reason why non-words (um, eh, ah, and, so, you know, I mean, actually, etc.) are so problematic.  They make the audience keep listening when they should be processing what was already said.  I was listening to a Russian speaker and discovered the word for “and” in Russian (i, pronounced “eee”).  It was a long, drawn-out word.  It should have been a pause.  The French say “eh”.  Arabic speakers use “yallah”.  English speakers use them all (!).  Learn (practice!) ending sentences.  STOP.  There’s a reason for the period (and white space).  Perhaps the most powerful thing you can say is… nothing.  Because it makes what you do say even more powerful.

That translates into any language.

We can also help you with your speech with our Workshops or Personal Coaching.

This article was published in the November edition of our monthly speaking tips email newsletter, Communication Matters. Have speaking tips like these delivered straight to your inbox every month. Sign up today to receive our newsletter and receive our FREE eBook, “Twelve Tips that will Save You from Making a Bad Presentation.”  You can unsubscribe at any time.