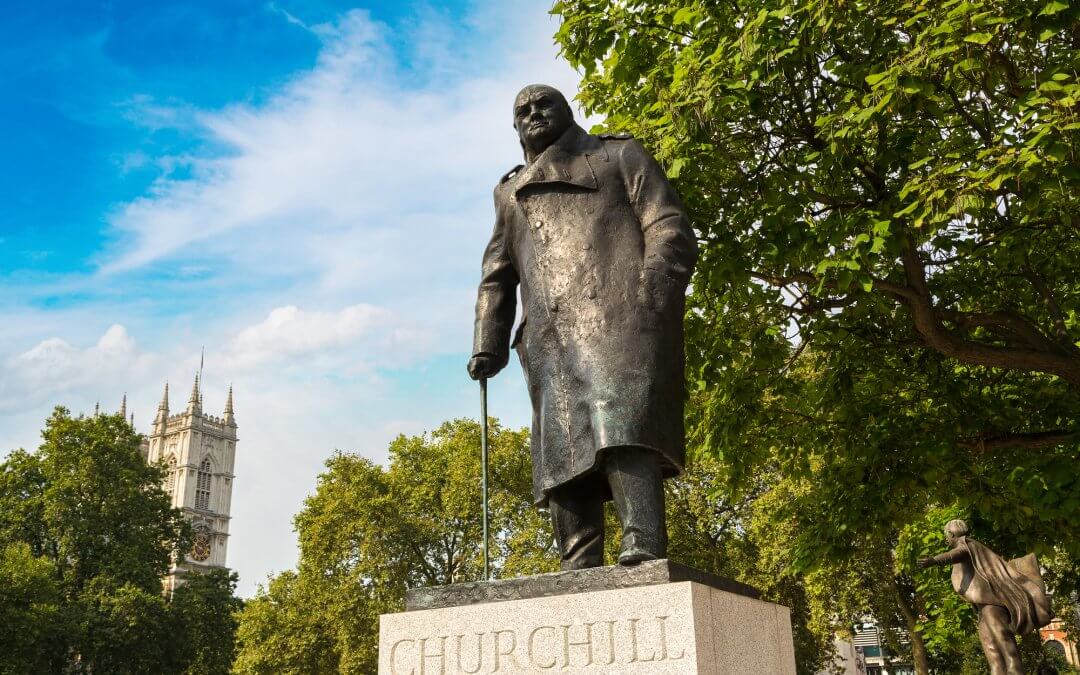 Those who wish to become great at any craft are wise to study those who are already great. Winston Churchill was awarded the Nobel Prize for Literature in 1953 for his speeches.  He makes almost every list Google produces searching for “great orators”. (Interestingly, a peer of his era also makes those lists: Adolf Hitler.  Great skill does not equate to great purpose, but that’s a topic for another newsletter).

I’ve been listening to a biography of Churchill.  From an early age, he had aspirations of influence on the political stage.  An insatiable reader, he studied the masters of his age, consuming works on philosophy, religion, science, art, politics and war, history, and literature.  He became convinced that persuasion and the power of language was his most powerful asset.  He diligently studied the craft of oratory and at age 23, while on an Army assignment in India, wrote an essay of his thoughts.  Entitled The Scaffolding of Rhetoric, it begins:

Of all the talents bestowed upon men, none is so precious as the gift of oratory. He who enjoys it wields a power more durable than that of a great king. He is an independent force in the world. Abandoned by his party, betrayed by his friends, stripped of his offices, whoever can command this power is still formidable.

Effective speech is power.  I love his title.  A scaffold implies there is a structure around which everything else is added.  That’s what we teach in our content workshops.  But it’s his belief in the power of well-constructed words that inspires me.

Churchill used his scaffolding for his speeches for the next 68 years.  His five premises to good, convincing speech and to move an audience to action are:

Precision – he knew that some words are more powerful than others, and his large vocabulary and tireless editing created phrases that would be remembered and repeated… for generations.

Rhythm – he believed that the voice should embody “blank verse” more than prose.  The command of voice is a key element to keeping audience attention.  Not happy with his own voice, he tried (unsuccessfully) to get his doctor to perform surgery on his mouth to make him clearer.

Accumulation of Argument – a “series of facts is brought forward all pointing in a common direction.”  He kept his speeches focused on a singular goal.

Analogy – “the unknown is only an extension of the known”, he wanted to connect with his audience’s current experience so they could adopt his views.

Wild Extravagance – “the emotions of the speaker and the listeners are alike aroused and some expression must be found that will represent all they are feeling.”

Powerful stuff from a guy with a speech impediment who often fought with a cigar to get words out.  But Churchill used his words to inspire people.  It does not escape my notice that a modern-day leader – trained to perform on the public stage — is using similar techniques to keep his nation alive.

Compare those elements to the last update, speech, or report you heard.  What stood out?  What do you repeat?  How was the voice interesting?  Did all the facts point to a singular conclusion?  How were the elements and facts you didn’t know compared and contrasted to those you did?  And was there a wild pull on your emotions that necessitated your response, or were you just glad it was over?

Churchill gave speeches totaling more than five MILLION words, and he wrote all of his speeches himself. For the first part of his career, he memorized every word of them as well. He estimated he spent an hour for every minute of speech he gave, which would mean he spent roughly 40,000 hours preparing speeches.  That means he spent 20 YEARS of his life writing and delivering speeches.  That’s a lot of time for a guy trying to run a country.    He wrote, “There are certain features common to all the fines speeches of the English language.  Rhetorical power is neither holy bestowed nor holy acquired… but cultivated.”

You can listen to a collection of Churchill’s speeches here.

We can also help you with your communication and speaking skills with our Workshops or Personal Coaching.

This article was published in the July edition of our monthly speaking tips email newsletter, Communication Matters. Have speaking tips like these delivered straight to your inbox every month. Sign up today to receive our newsletter and receive our FREE eBook, “Twelve Tips that will Save You from Making a Bad Presentation.”  You can unsubscribe at any time.