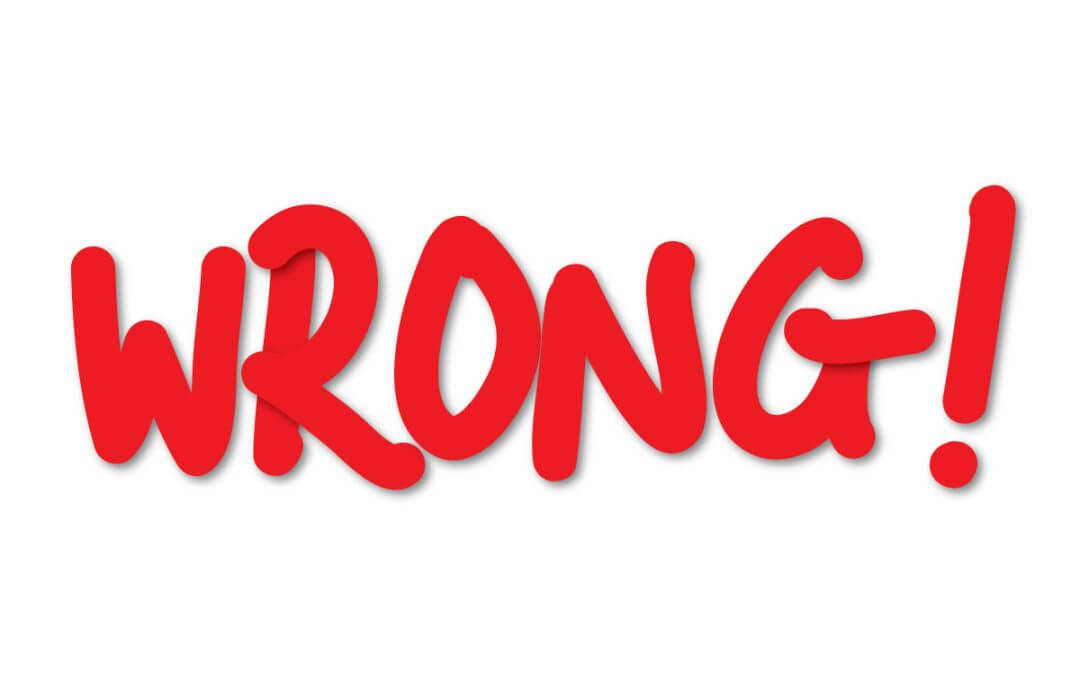 One of the really cool things about the coaching and teaching I do is the interaction with clients and the exposure to their ideas and expertise.  While I guide them to put some pizzazz in their message and refine their delivery to represent them well, I get to learn from them and experiment with the truths they are sharing.  It’s a fun and interesting way to apply my expertise.

Last week a point my client wanted to present was “Fail early, fail often.”  The main idea is to be efficient and get the best possible result by getting early feedback.  It’s better to know if something is headed down the wrong path as early as possible.

I was taken back to a situation where I failed — late.  In a previous assignment, I was developing a training module.  In this partiular corporate world, training modules are frequently designed on the back of an envelope or single email.  The course developer then goes off into private to work his or her magic and return with a Rule #1-compliant, engaging, fun, educational, filled with humor and passionate solution to the world’s problems.   This project never made it.  Ready to hit the “Publish” button, one of the reviewers, who held rank and status and had never laid eyes on the outline, pulled the plug and said it didn’t match the “tone” and “style” they were looking for.  With a deadline staring us straight in the face, we had a module that “wouldn’t work,” although we never really nailed down why. A frantic rush to put out something acceptable resulted in a product no one was really happy about, especially the end users — and they’re sorta important in training (Rule #1, anyone?)!

The lesson (re)learned is: never allow someone to ‘review’ a project that they haven’t first ‘viewed’.  Someone with veto power should be involved in the process.  Leaders all too often come in late to put their stamp on something, causing unrest and anger among those tasked with producing the result.  Speak early, or forever hold thy peace.

(Re)learning from this, I immediately set out to get some feedback on a large project I am about to release — my first book!  I have been working feverishly to meet a self-imposed deadline, but it struck me that I don’t want to write the entire thing and then discover I’m missing the mark.  This week I lined up editor(s) and have some mid-point correction in place.  As part of the process, I found a new title and an incredible burst energy just from putting the project out for review.  I’m more pumped up now than at any point of the entire project.  And if I’m off the mark, there is still time to make it work before the due date comes and goes.

Stay tuned on the book.  Until then,